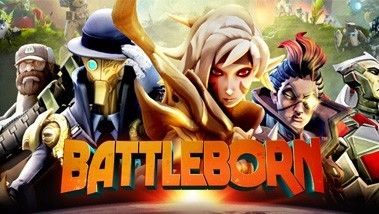 Battleborn CD key to be activated and downloaded via Steam. You will not be sent any physical items in the mail. You will receive a(n) Steam product key via e -mail.
Battleborn (PC) 28,19 £
Du får 0 Playcoins Earn PlayCoins every time you shop with us.
Stock agent

Battleborn’s team-based competitive multiplayer action can be experienced by up to 10 players online in 5v5 matches, and includes three distinct multiplayer modes.

Battleborn has a deep roster of 30 playable heroes and no two are the same. Every hero has their own personality and comes equipped with their own unique weapons and powers.

Battleborn’s accelerated character growth system allows players to level-up a character from 1 to 20 and fully experience each hero’s unique weapons and powers in a single story mission or multiplayer match.

How does it work? Will I receive Battleborn as a physical copy?

Lås op for Firstborn Pack ved at være blandt de første til at slutte dig til kampen for at redde universet!