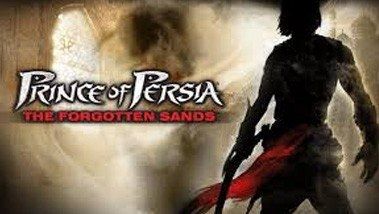 NOTICE: Activation key must be used on a valid Uplay account, requires internet connection. Visiting his brother’s kingdom following his adventure in Azad, the Prince finds the royal palace under siege from a mighty army bent on ...


Visiting his brother’s kingdom following his adventure in Azad, the Prince finds the royal palace under siege from a mighty army bent on its destruction. Deciding to use the ancient power of the Sand in a desperate gamble to save the kingdom from total annihilation, the Prince will embark on an epic adventure in which he will learn to bear the mantle of true leadership, and that great power often comes with a great cost.

• Classic Gameplay Reinvented: The Sands of Time trilogy placed the bar high in terms of excellence for the third person action adventure genre, a bar that’s about to be surpassed.

From huge-scale multi-enemy combat to dizzying feats of acrobatic prowess in gigantic environments enhanced by the Prince’s ability to control nature and time, The Forgotten Sands will push the Prince’s prodigious abilities to a not-yet-seen level.

• A Blockbuster Experience: The Forgotten Sands will offer players unforgettable set pieces that would never have been possible without the advanced technology offered by the award-winning Anvil engine. With all-out war at the gates of the kingdom, the Prince’s abilities will be challenged like never before through the course of epic wow moments, be it by scaling a castle tower collapsing under bombardment or combating foes hundreds of feet tall.

• Mastery Over Nature: Wielding powers of nature and time, the Prince will have unparalleled mastery over his environment and his enemies. The Prince will discover that harnessing the forces of nature itself will prove to be a devastating companion to his ability to rewind time.

• Return of a Fan-Favorite Franchise: Set between Prince of Persia – The Sands of Time and Warrior Within, The Forgotten Sands provides fans with a new chapter in the saga of the Prince, and an opportunity to deepen their understanding of the events from this series.

*SUPPORTED VIDEO CARDS AT TIME OF RELEASE:
ATI® RADEON X1650-1950/HD 2000/3000 series. NVIDIA® GeForce 6800/7/8/9 series.Laptop models of these cards may work but are not supported.These chipsets are the only ones that will run this game. Additional chipsets may be supported after release.

A PERMANENT HIGH SPEED ONLINE CONNECTION AND A UBISOFT ACCOUNT ARE REQUIRED TO ACCESS SERVICES. EXCLUSIVE UNLOCKABLE CONTENTS MAY ONLY BE UNLOCKED ONE SINGLE TIME WITH A UNIQUE KEY. YOU MUST BE AT LEAST 13 TO CREATE A UBISOFT ACCOUNT WITHOUT PARENTAL CONSENT. UBISOFT MAY CANCEL ACCESS TO ONLINE FEATURES UPON A 30-DAY PRIOR NOTICE PUBLISHED AT WWW.PRINCEOFPERSIA.COM.

How does it work? Will I receive Prince of Persia: The Forgotten Sands as a physical copy?