Prince of Persia: The Sands of Time (PC) 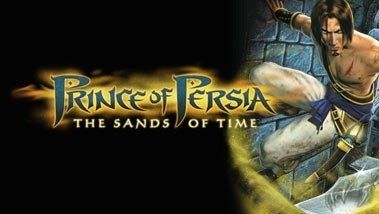 Prince of Persia: The Sands of Time (PC)

NOTICE: Activation key must be used on a valid Uplay account, requires internet connection. ABOUT THE GAME It speaks of a time borne by blood and ruled by deceit. Drawn to the dark ...

It speaks of a time borne by blood and ruled by deceit. Drawn to the dark powers of a magic dagger, a young Prince is led to unleash a deadly evil upon a beautiful kingdom. Aided by the wiles of a seductive princess and the absolute powers of the Sands of Time, the Prince stages a harrowing quest to reclaim the Palace's cursed chambers and restore peace to his land.

A technological masterpiece - Witness some of the most advanced programming in gaming history, pushing the limitations of consoles and raising the standards of games in all areas of production: physics, lighting, graphics, animations, and more!

An unmatched hero - Wielding powers of mythic proportions, the Prince returns to action-adventure gaming with gravity-defying acrobatics, ferocious fighting skills, and the ability to bend time to fulfill his destiny.

The Sands of Time - Ubisoft's Montreal Studio presents the Sands of Time - a technological breakthrough that will change the face of action-adventure gaming forever. Erase the past, behold the future, and freeze the present in real-time for unlimited gameplay variations.

Exotic worlds and vast kingdoms - Uncover the mysteries of a world never before explored in action-adventure gaming. Medieval Persia, mythical and deadly, holds a staggering array of landscapes and kingdoms to explore and conquer.

A sweeping adventure of betrayal and triumph - The epic legends and deadly creatures of mythic Persia burn to life in this suspense-filled tale, featuring more twists and turns than the labyrinthine Palace itself.

How does it work? Will I receive Prince of Persia: The Sands of Time as a physical copy?