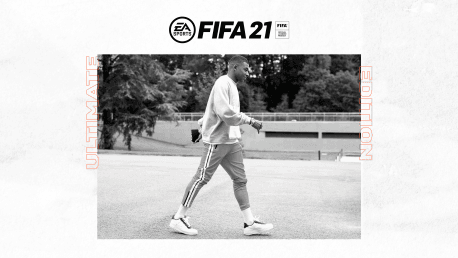 Kylian Mbappe
“He’s scored FIFA World Cup™️ - winning goals, won league titles, and became Ligue 1 Player of the year at age 20. Only 4 years into his career, the FIFA 21 cover star has the world at his feet”

Career Mode
New additions create additional depth in matches, transfers, and training to give you more control over your team’s rise to the top.

FUT
Enjoy brand new ways to play the most popular mode in FIFA as you build your dream squad of players past and present in FIFA 21 Ultimate Team.

VOLTA
Experience the soul of the streets with friends as you show off your style in cages and courts around the world throughout various forms of small-sided football.

Win as one in EA SPORTS™ FIFA 21, powered by Frostbite™. Whether it's on the streets or in the stadium, FIFA 21 has more ways to play than ever before, including the UEFA Champions League and CONMEBOL Libertadores.

How does it work? Will I receive FIFA 21 Ultimate Edition XBOX Series X as a physical copy?

What does Fifa 21 Ultimate Edition XBOX Series X contain? Will I receive the same content as on Xbox Live?

The product key can be redeemed directly on your Xbox or Xbox.com. On your Xbox: Go to the "Store" tab in the top bar. At the bottom of the Store window, next to the "Membership" button, you will find the "Redemption Code" button. On Xbox.com: Sign in or create a Microsoft account connected to your Xbox. Click your profile picture and gamertag in the upper right corner and choose "Redeem code" from the menu.