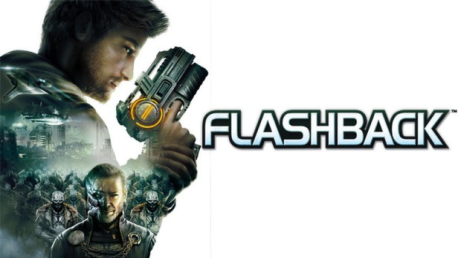 20 years after the original game’s launch, Conrad is enlisted back to active service for the triumphant return of one of the most acclaimed franchises in gaming history. It’s not a reboot. It’s Flashback re-imagined. The original Core-Team revamped their own creation, leveraging the best of today’...

Flashback Origin CD key to be activated and downloaded via Uplay. You will not be sent any physical items in the mail. You will receive a(n) Uplay product key via e -mail.
Flashback Origin (PC) 8,86 £
Buy now
FLASHBACK ORIGIN GAME DESCRIPTION

20 years after the original game’s launch, Conrad is enlisted back to active service for the triumphant return of one of the most acclaimed franchises in gaming history.

It’s not a reboot. It’s Flashback re-imagined. The original Core-Team revamped their own creation, leveraging the best of today’s technology while remaining true to the classic side-scroller that set the standards of the genre in the 90’s.

One of the best adventure-action games ever created re-imagined by its creators. It’s the same team. It’s the same passion. Only this time, they have had much more firepower at their disposal to recreate the legendary classic!

Gorgeous graphics, amazing animations. It’s the Flashback you’ve always dreamed of. True to the original spirit but made a million times better by using modern engines such as Unreal and Havok. The makeover is completely stunning.

It’s all about Gameplay. The team modernized gameplay mechanics, making the game more reactive, offering new features, like gadgets and an experience progression system. But the developers kept the original formula in mind: a fine balance between rolling and shooting, exploring remote space stations and obliterating hostile alien planets.

Bringing back new memories. The story was revamped to speak to 21st century gamers. Most of the cast of the original game is still here – Conrad, the Morphs – but you can expect new characters and a few twists you’re definitely not going to forget… this time.

How does it work? Will I receive Flashback Origin as a physical copy?

What does Flashback Origin contain? Will I receive the same content as on Uplay?

You will receive the standard edition of Flashback Origin as a digital download for Uplay.