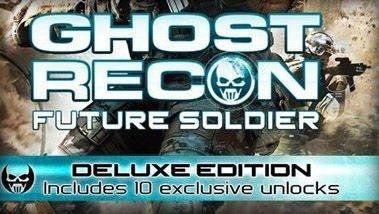 There is nothing fair, honorable, or just about combat. There is only winning and losing—the dead and the living. The Ghosts don’t worry about even odds. They do everything in their power to overwhelm and obliterate the enemy. Future technology is the key to winning an asymmetric battle.

In Ghost Recon Future Soldier join an elite team of highly trained, cut-throat special-ops soldiers. Armed to the teeth with unrivalled combat technology and cutting-edge military hardware, Ghost Recon takes you to the globe’s most deadly warzones to hunt down the highest value targets.

Co-op Campaign: Team up with friends to take down the enemy

Multiplayer Mode: Up to 16 players in 8Vs8 matches for a fast-paced, intense online experience

Gunsmith Mode: With over 20MM weapons at your disposal you’ll have the perfect weapon for any combat situation

How does it work? Will I receive Tom Clancy's Ghost Recon Future Soldier Digital Deluxe as a physical copy?